AirPlay is Apple protocol to stream audio and video between devices through a wireless or wired network. It allows you to send a video open on your iPad to the Apple TV for example so you can enjoy it on a bigger screen. Or stream a song on your phone to a compatible airplay speaker. The Apple TV and the speaker are called the AirPlay receivers.

It’s also possible to send the screen of your iOS device and as a teacher this brings lots of possibilities because often you want to explain a concept to the students through an iPad app like stage pro for example, or solve a math problem using the famous Goodnotes note taking app. And although it would be great to have an Apple TV in every classroom it would also be very expensive. Nowadays it’s likely to have a computer connected to the digital whiteboard on almost every classroom in a school, and the good news is that this computer can act as the AirPlay receiver if you install just a program called Airserver.

With Airserver you can mirror your iPad screen to a PC or a Mac. I mirror my iPad at least once almost every day on my maths lessons not because it helps me teaching, but because it helps the students learning. If a student finds it difficult to understand how to isolate ‘x’ on an linear equation written on chalk on a blackboard, I bet the student will find it easier to understand the concept written on a digital whiteboard using visual cues, different colours on the handwritting, animations, etc. In the worst case scenario the student won’t understand the concept, and you are back to the initial problem.

And Airserver is half of it. I mean, mirroring your iPad is just that, it’s not magic. How will showing my iPad screen to the whole classroom help the students to learn better a concept? Well, it won’t. The hard work of preparing the lesson in advance, using the right apps for every situation, and putting yourself in the student role, plus infinite other factors, is what’s going to help the students to understand a concept. Just a slight improvement would have worth the effort.

Now let’s talk about the program Airserver because that’s why you are here anyway! If you are interested in learning all the ways to mirror your iPad to display the screen on a digital whiteboard read this.

Why Airserver and not other similar program?

Sorry but I’m not that “made-a-comparison-table-with-pros-and-cons-and-gave-programs-a-mark-out-of-5-stars” guy. So I’ll tell you that Airserver is the one I use and it does what it says it does, simply as that. I have tried others like Reflector and LonelyScreen and they work too, but Airserver was the cheapest (at least when I got it), it’s easy to use, and has some cool options. You might find another program to be better than Airserver for your needs. Anyway, the good things are:

Nothing to explain here really.

Now, the image on the digital whiteboard might look bad. Yes, it can happen. Because in technology the chain is as weak as the weakest device, and in this case the projector is often the problem. Old projectors can create some colour tint on the image projected, lack contrast or have a blurry image. If these happen, click on the configure button on the Airserver window to open post processing adjustments. Move the sliders to counteract the undesired effects of the projector and improve the image.

Take into account that all the screenshots shown here are from Airserver for Mac and they might be different if you are using Airserver on a PC.

Is WiFi mandatory to mirror my iPad with Airserver?

No, here I explain other options to mirror your iPad in case that you don’t have a WiFi available. 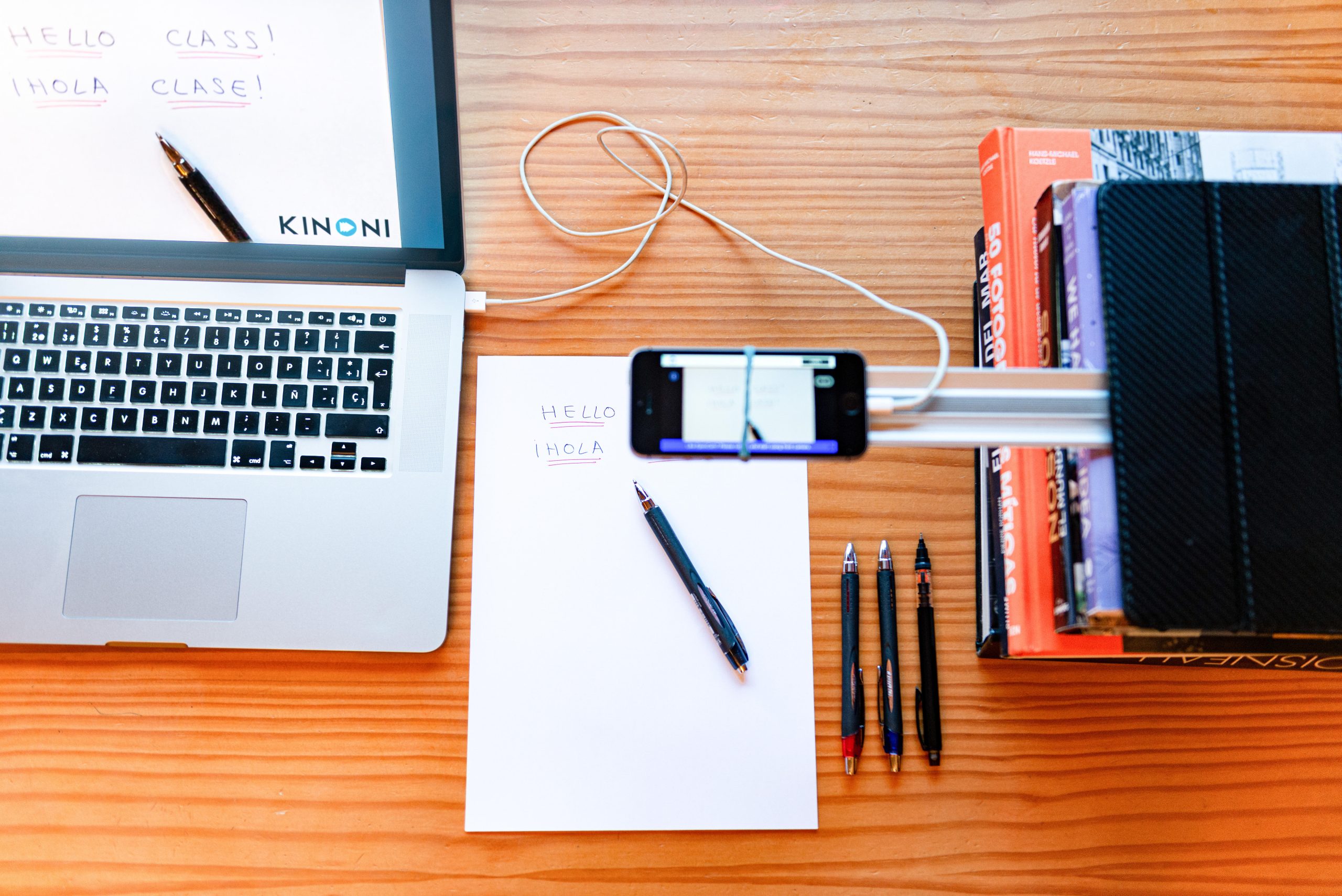 My simplest solution to teach online