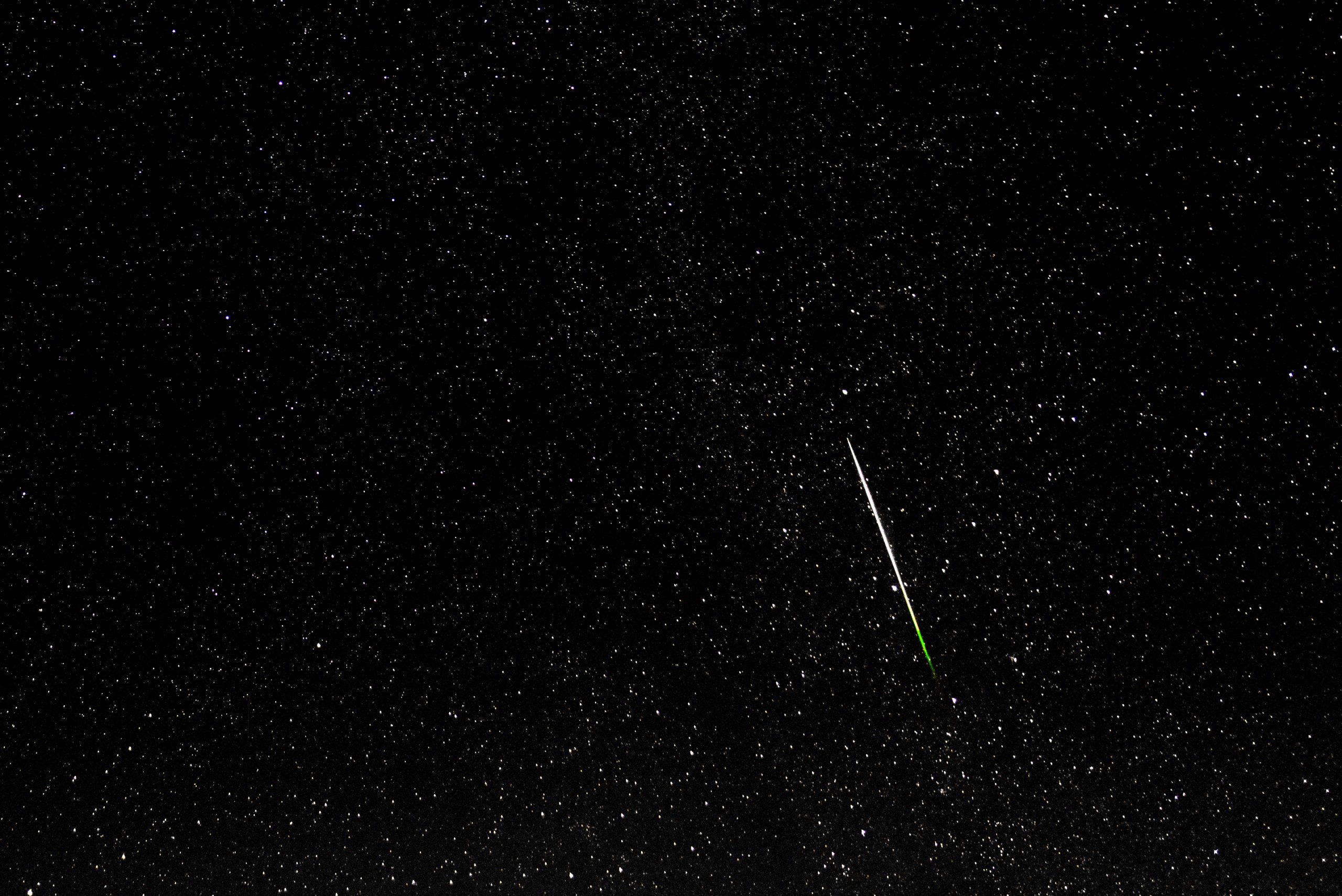 Mid-August again, and so come the Perseids. A quick look at the weather forecast and I couldn’t believe it, it was going to be clear sky. I can’t remember last time the sky lacked clouds while at home during the Perseids.

Not even one cloud and the light pollution is fairly minimal where we live. As any other astro event occuring in the sky at night, it’s better seen after the moon sets, which took place at about 1.30am. I’m not an expert on stars and constellations, and if you are like me you will find Stellarium very useful. Stellarium is a free piece of software which shows you the position of stars, planets and even artificial satellites like the International Space Station for any specific location in the world.

Before the moon hid behind the mountains I took some photos of it and Saturn. Thanks to Stellarium I knew where to point my camera. At least for Saturn, I did manage to find the moon on my own! 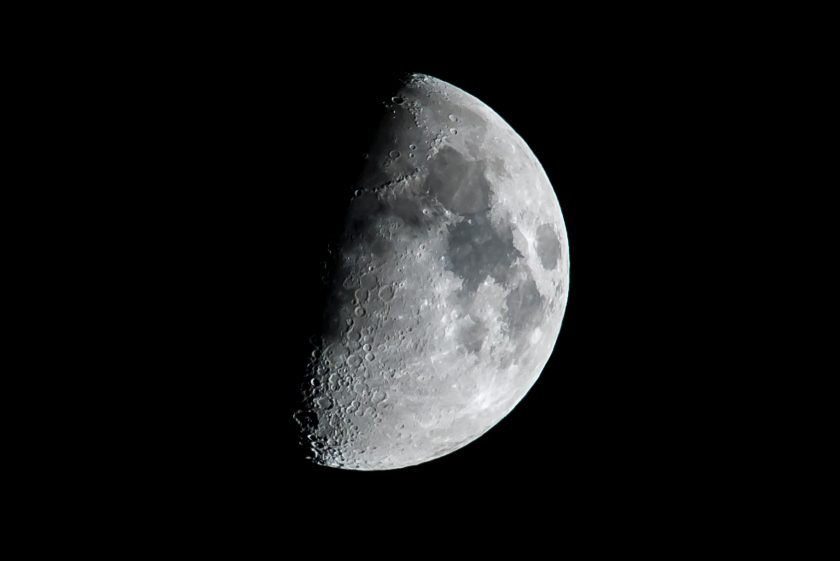 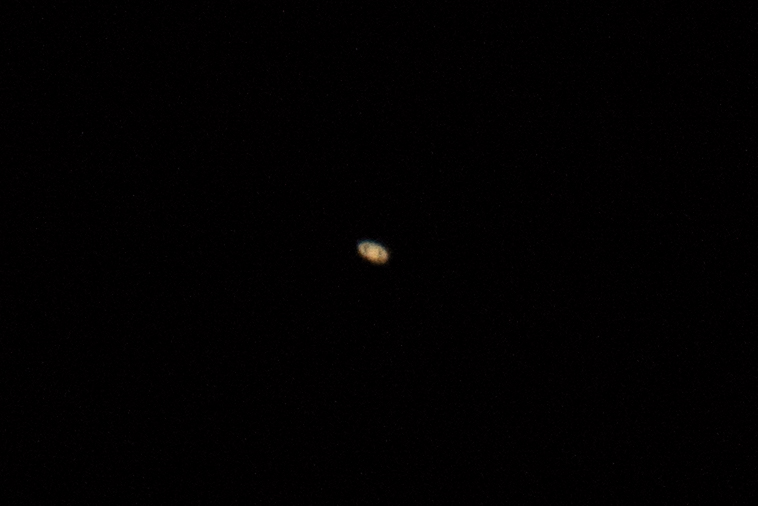 The highest activity was supposed to be at 2am, but I have to say we saw more Perseids between 1:40am and 1:55am. I’ve never seen so many shooting stars in such a short period of time. The camera was on 24mm, maximum aperture at f2.8 and ISO 500 with an 15s exposure time. I used Triggertrap to set up the interval of photos, 2s apart between takes.

Exposure time is always key when you are taking pictures of the night sky. Exposures longer than 25s will show the stars blurred because of the movement of the Earth. This effect increases if you use a telephoto lens.

That’s the easy part. Then you need luck, which I’m not particularly good with, when watching shooting stars. I always have the feeling that if I’m looking at an specific part of the sky, all the shooting stars would be happening just behind me. The fireworks are behind you, twit. Luckily for me the Perseids are easy to spot, as you need to look between North and East. Anyway, my sister was with me to confirm that even knowing where to look, I’m very good at checking my camera while some amazing shooting star crosses the sky. 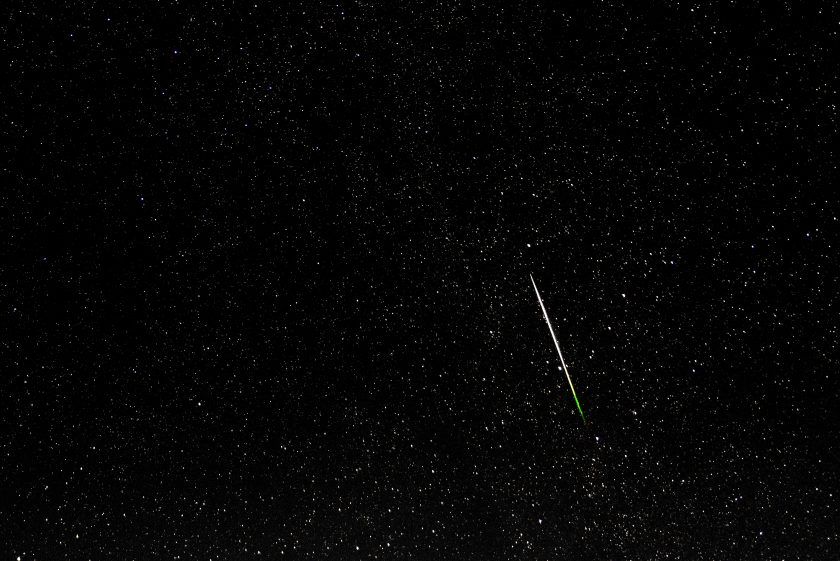 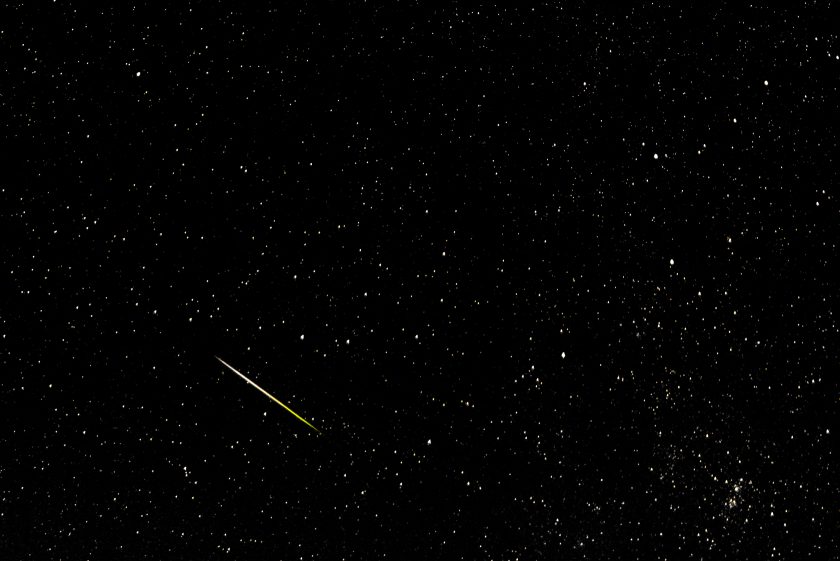 As you see in the photos above they show a green cast which then burns into white. However, this last photo below may in fact not be a shooting star. Because it’s brighter in the middle and fades out on both sides. I think I may have accidentally caught an Iridium flare. Iridium are an artificial satellite constellation for communication purposes orbiting around the Earth. Under specific conditions their big antennas can sometimes reflect the light from the Sun, which results in a big and brief shining object in the sky called an Iridium flare. 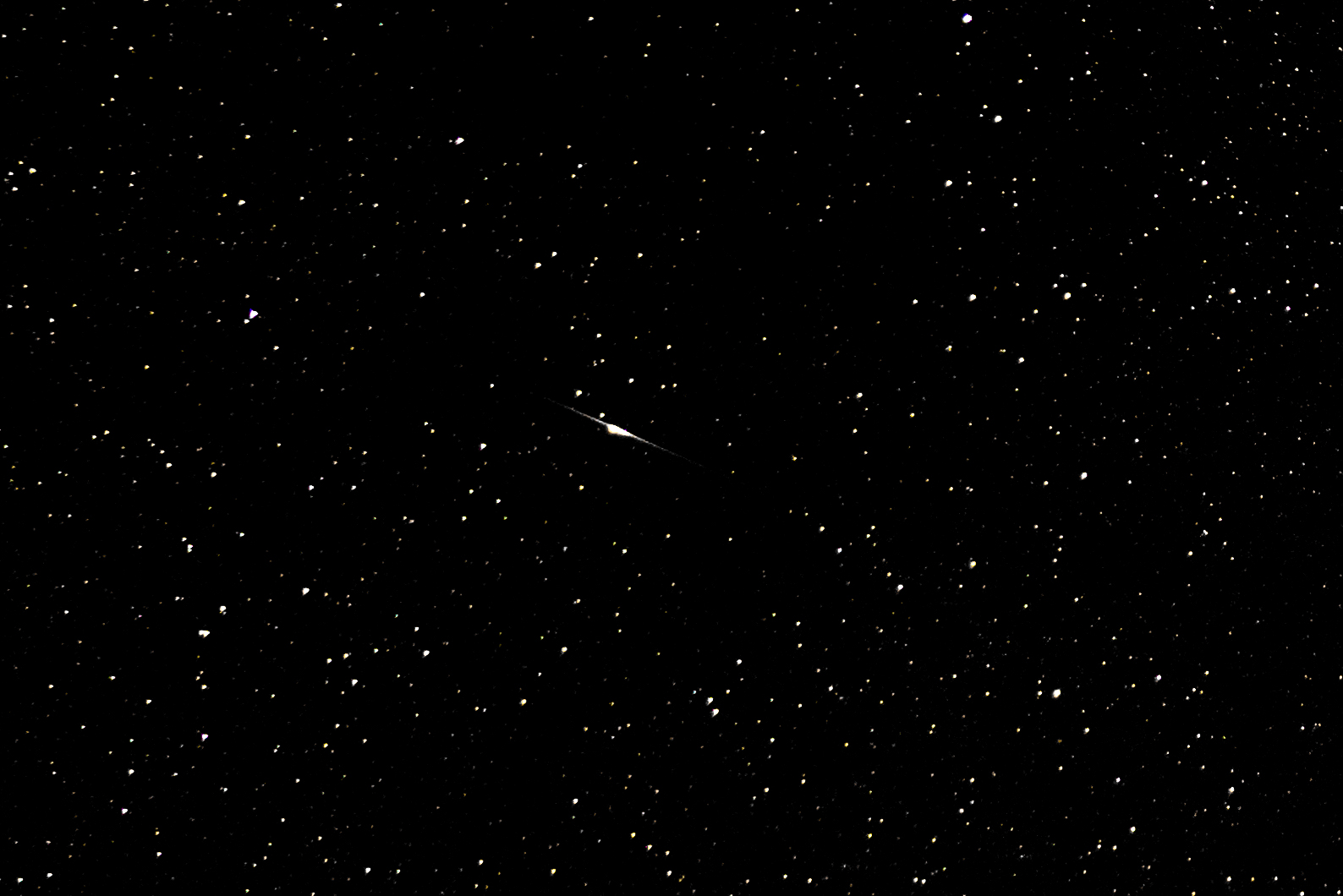 Using Stellarium I can check that satellite Iridium 40 was indeed passing by the area of the sky I was framing with my camera at that time. 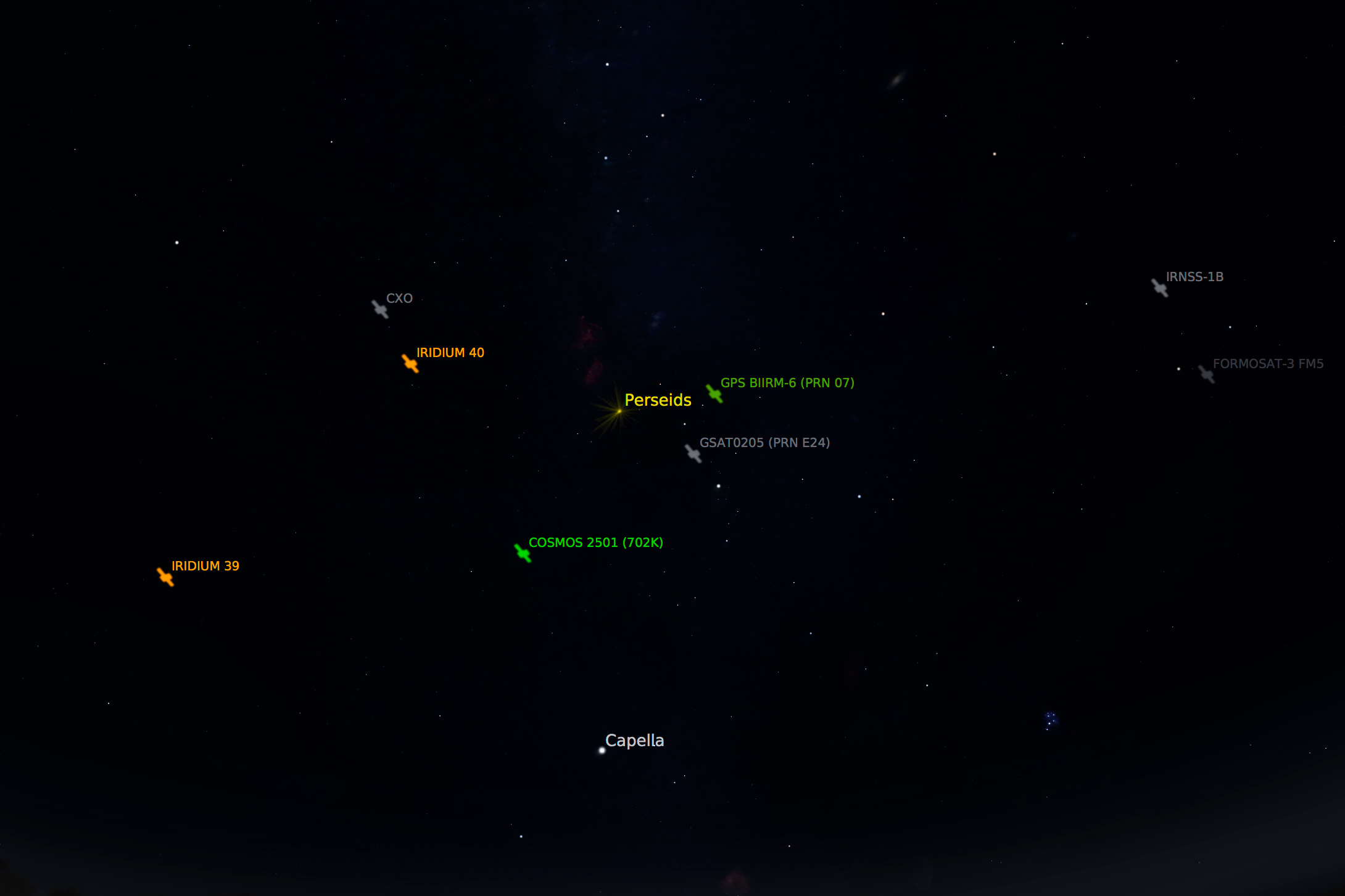 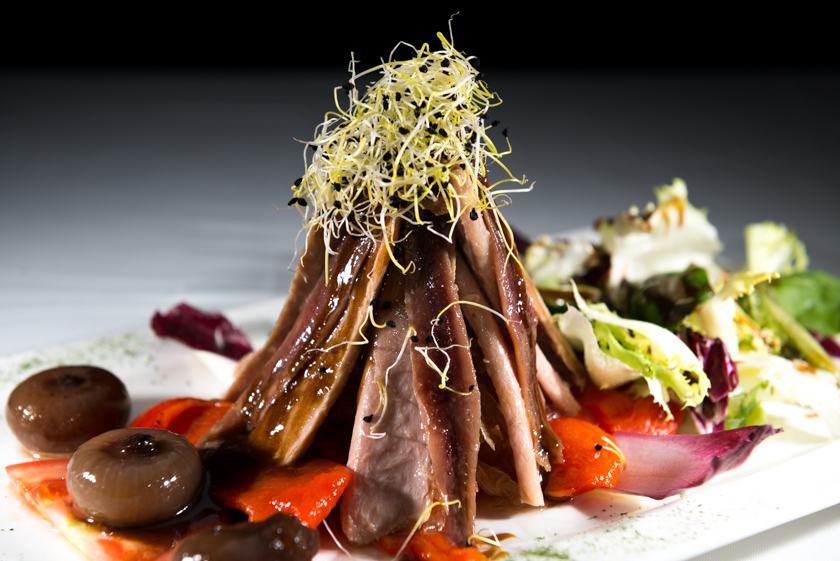 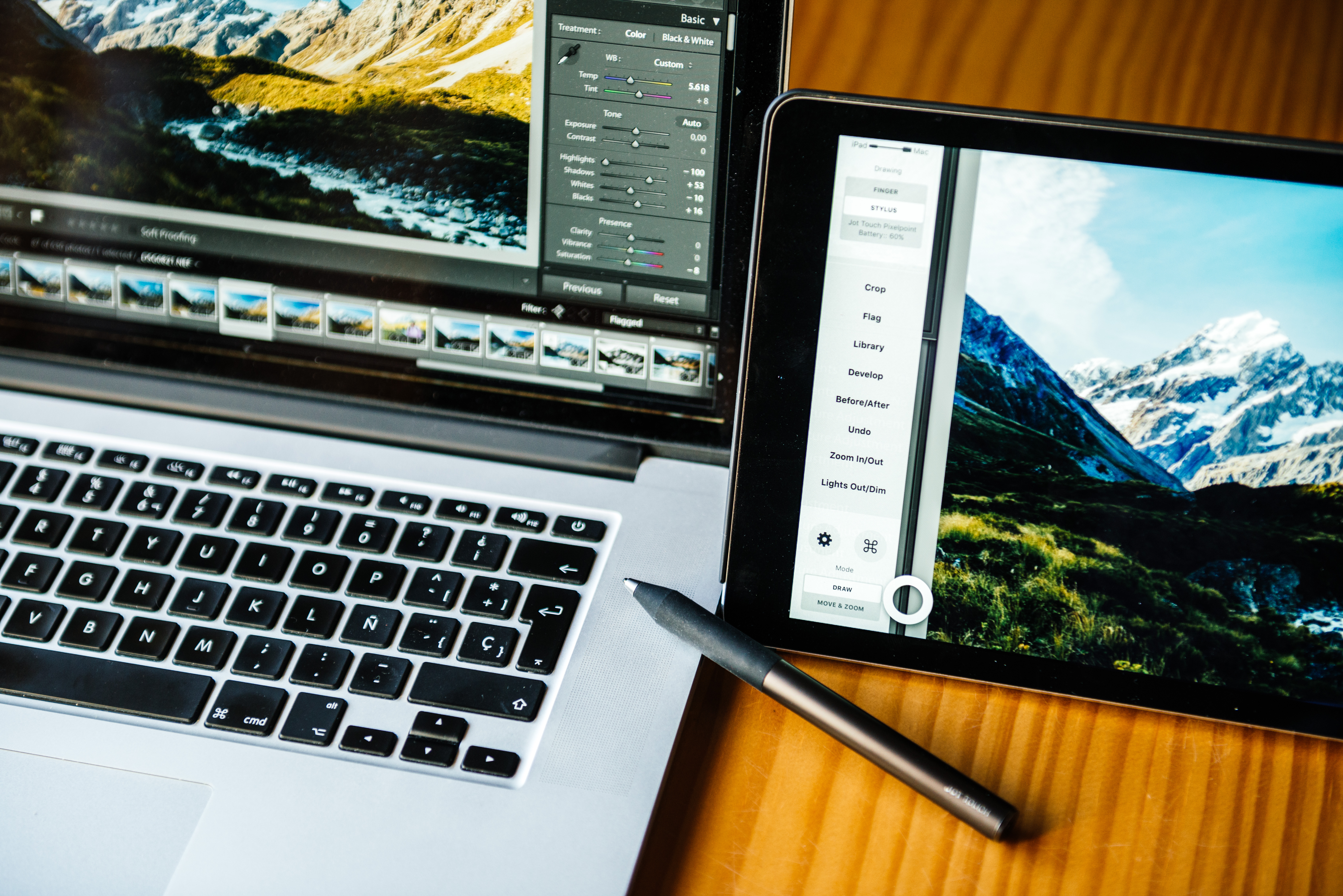 Using Astropad as a graphics tablet in Lightroom 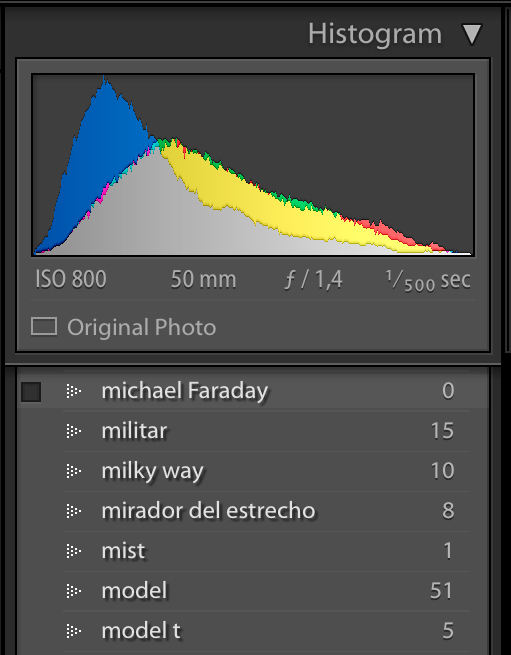 How to edit a name on People in Lightroom 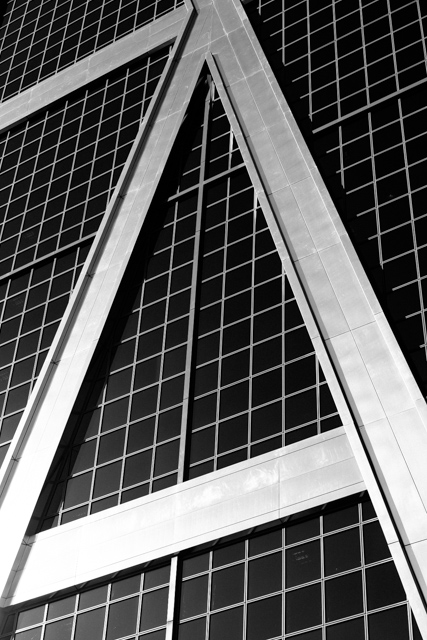 A couple of January days in Madrid